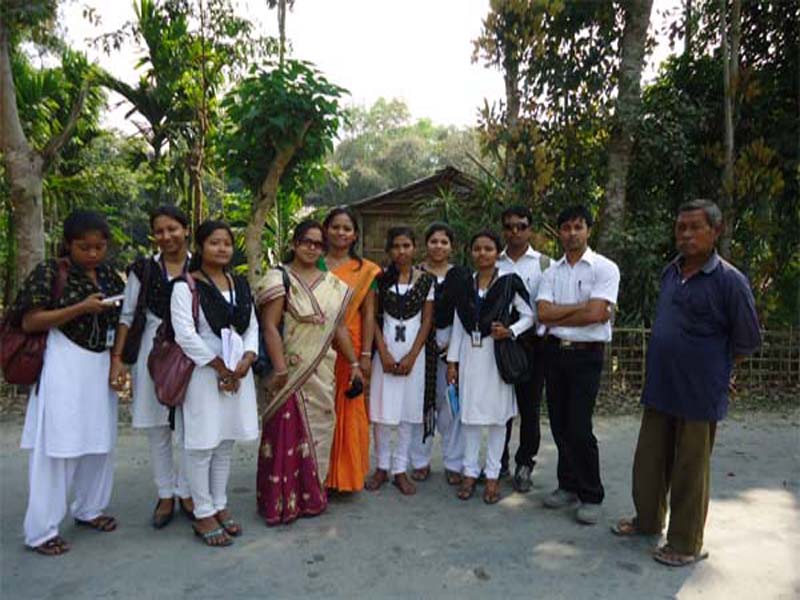 Jorhat is the most literate district of Assam. The Jorhat Law College, Jorhat is situated at Jorhat which is a cultural as well as educational place of upper Assam. This College was established in the year 1964 under the noble guidance of some eminent great personalities of Jorhat. Jorhat Law College is the first law institute in Upper Assam and second in the whole of North-East India. The Law College fraternity is always proud of the rich heritage of the college and history of dedicated and selfless services of its founders and architects, whose sacrifices in its inception is a magnificent story in itself. The idea for establishing a law college was first conceived and discussed in a meeting held at Jorhat Bar Library on 31st May, 1958 under the chairmanship of K.N. Baruah. The meeting was attended by some eminent lawyers and citizens of Jorhat. The meeting constituted an executive committee with some eminent as well as the great personalities of Jorhat and asked them to explore the possibility of starting a college of legal education at Jorhat. The committee after a prolonged discussion on the matter decided to start a college named ‘Jorhat Law College’ and resolved to complete the necessary formalities to fulfil this objective. To materialize the objective a Governing body of Jorhat Law College was constituted with Murulidhar Barooah as its chairman. It is worth mentioning that Murulidhar Barooah was also the President of the Governing Body of Jagannath Barooah College for a long period. The college is accredited from the Bar Council of India and it is affiliated to the Dibrugarh University. Presently, the College is offering 03(three) different courses like, 3-year LL.B, 5-year B.A.LL.B (Hons) and 2-year LL.M courses. In addition to that the College has a study centre of IGNOU for a few different Certificate as well as Diploma Courses. The infrastructure of the college is too good. It has been undergoing the construction works of a big multi-storeyed building of its own to fulfil the basic needs of the students as well as other family members of the college. Moreover, with a strong Governing Body and also a Construction Committee, the College is running towards its own destination and able to fulfil its aims and objects in a very fruitful way. Accordingly, we the elements of the College are always eagerly waiting for its future development so that the College may reach the peak of Everest. Hope for the best in the near future.

Jorhat Law College, the first law institute in Upper Assam and second in the whole of North-East India, is situated at Jorhat, the city known as the cultural capital of Assam. Since its inception in 1964, the college has already marched a long way and established itself as a premier institute of legal education. The college takes pride in imparting legal education under two universities. At the time of its inception the college was affiliated to Gauhati university and after the establishment of Dibrugarh University the College has automatically come under it.

Jorhat Law college is always proud of its rich heritage with its history of dedicated and selfless founders and architects whose sacrifice in its inception is a magnificent story in itself. The idea for establishing a law college was conceived and discussed in a meeting held at Jorhat on 31st May, 1958. The meeting constituted an executive committee with Sri R.N. Hazarika, Sri B.K. Baruah, Sri N.N. Phukan, Sri R. Bora, Sri P. Bordoloi, Sri G.N. Baruah, Sri N. C. Buragohain, Sri S.N. Bharali, Sri P.G. Baruah, R. Ahmed, Sri T. Borbora, Sri M.C. Pegu, B. Zaman, Sri P. Pathak and Sri H.P. Baruah as its members and resolved to complete the necessary formalities required to start the college. As soon as the formalities were completed the Governing body of Jorhat Law College was constituted under the Chairmanship of Sjt. M.D. Barooah. The first meeting of the Governing body held on 29th September, 1964 appointed Sri Nalini Nath Phukan as the Principal and Secretary of the college and Sri Tarun Gogoi and Sri Abani prasad Bhattacharyya as its joint secretaries. Thus the dream of promonrnt citizens of Jorhat was realized and classes of Jorhat Law College began on 1st October, 1964 at Devicharan Baruah Girls’ college.

Late Nalini Nath Phukan, the founder principal, is the real architect of Jorhat Law college. It is for the selfless devotion of this philanthropist and noted lawyer, the governing body, two joint secretaries and above all the founder teachers, the college takes its present shape and takes pride in having moulded many alwyers and jurists of high repute. The concerted effort of these eminent citizens and lawyers has resulted in the established of a permanent campus on a prime land in the heart of the city measuring more than 5 bighas donated by the government. It is heartening to note that Sri Tarun Gogoi with his background of social work at Jorhat now holds the reins of state administration as its honourable Chief Minister.

On june 30,1996 principal Sri N.N Phukan breathed his last and Sri Nabin Ch. Buragohain, the renowned lawyer and Member of Parliament, assumed the office of the Principal. Under his able guidance and leadership there had been sufficient improvement of both real and financial assets of the College and he served the college till 30th May, 2007. Present Governing Body of College headedby Hon’ble Retd. Justice of Supreme Court Sri S.N. Phukan as its chairman has been taking necessary initiatives to make the College as one of the best Institutions in the country. Under his guidance and able leadership, the Principal and the teaching and non-teaching staff, the College aim at moving forward with definite mission and vision.